The next Cowbit Parish Council meeting will be on Monday 17th January 2022, at 7.30pm in the village hall 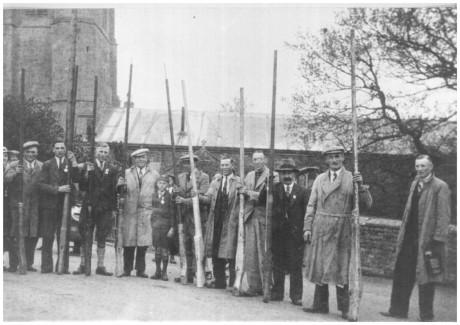 Since Queen Victoria's Diamond Jubilee in 1897 there has been a punt gun salute at every Coronation and Jubilee over Cowbit Wash in Cowbit, Lincolnshire, England. During the Diamond Jubilee of Elizabeth II in 2012, 21 punt gun rounds were fired followed by the guns all being fired simultaneously.
This is at the same time as the A 21-gun salute takes place at the Tower of London to mark the anniversary of the Queen's coronation, 11am Saturday 4th June 2022

Organised by the Cowbit Village Social Committee, Jubilee Fun on the Field is intended to provide an enjoyable community-building afternoon/evening for all village residents and wider community in South Lincs.

Starts at 1pm plus evening entertanment from 6pm until late

Bookings are now open for stall holders, please complete the booking form and email to Darren